Education is the way out of poverty. This is why we decided to help support destitute children by turning them into university graduates and well-rounded young adults.

After a highly successful 15 years, (for example, we now has 19 medical doctors working in hospitals across Ethiopia) we have now decided to add a new programme, focusing on children from poverty stricken refugee camps in Gambella, on the border with South Sudan.

The incredible success of one of our scholars – South Sudanese refugee Chuol – was the main inspiration for this additional programme.

In 2013 Chuol Ruei Deng left war-stricken South Sudan in order to remain in education. He moved to Gambella and lived in a refugee camp where he came to the attention of EEF, in 2016 (aged 15) during a random visit. He passed their strict entrance requirement after beating over 200 other candidates to one of only 10 countrywide scholarship places.

In 2017 he moved from his refugee camp into the EEF hostel, a safe and inspiring place to live for the our high school students (50 at a time on average). There, Chuol blossomed. Being exposed to other students’ hunger for education as well as volunteers from all over the world, he became a remarkable young man, consistently achieving exceptional results in school, reaching a near perfect level of English and developing ambitious plans for the future.

This month, Chuol was offered a four year, life-changing scholarship at New York University Abu Dhabi where he will be studying Politics, Finance and Mathematics with students from all over the world.

Associate Vice Chancellor and Vice Provost for Global Education and Outreach Carol Brandt said, “From the first time I visited the EEF in 2012 I knew these students had a lot to give the world. They are strivers with great imaginations and enormous hope for the future. They will shape the future for Ethiopia and beyond. The EEF students who have received scholarships to study at NYUAD, including Chuol who is a most deserving recipient, have been among the best and the brightest of our scholars from around the world.”

Achim Kram, Co-Founder and Managing Director of EEF says: “This wonderful achievement could not have happened to a more deserving student. Chuol has come from the most deprived backgrounds anyone can imagine. He has truly grasped the opportunity of our scholarship with both hands and he is now ready for his next big step – a fantastic degree from NYU. I have no doubt that he will one day become a leader of his country of birth which he loves so much. He is an inspiration to us all and the main reason why we are launching our new programme today.”

His success story has inspired us  to officially announce the launch of our new programme focussing on the impoverished western Ethiopian region of Gambella. Over 400,000 refugees from South Sudan live there in camps, over half of them children under the age of 18. For most, education is unobtainable. We have now made it our mission to help 500 children over the next 15 years to turn them too into university graduates.

You can help by sponsoring one of these amazing students today!

NYU Abu Dhabi is the first comprehensive liberal arts and science campus in the Middle East to be operated abroad by a major American research university. NYU Abu Dhabi has integrated a highly-selective liberal arts, engineering and science curriculum with a world center for advanced research and scholarship enabling its students to succeed in an increasingly interdependent world and advance cooperation and progress on humanity’s shared challenges. NYU Abu Dhabi’s high-achieving students have come from more than 115 nations and speak over 115 languages. Together, NYU’s campuses in New York, Abu Dhabi, and Shanghai form the backbone of a unique global university, giving faculty and students opportunities to experience varied learning environments and immersion in other cultures at one or more of the numerous study-abroad sites NYU maintains on six continents.

Chuol’s life so far has been a marathon made of struggles, hard work, luck and incredible experiences that have allowed him to become the extraordinary young man that he is today. His story is one that is common to many young children in South Sudan and yet unique due to the turning points that he faced at crucial moments in his life.

Chuol spent his early childhood in a small village in South Sudan. The town, like most of the country, was deeply impoverished and access to basic services, such as schools and hospitals, was not available. His family made the decision to send Chuol to live with family friends in a nearby town that had a primary school. This was the first of a series of crucial turning points that would define his life.

When asked about it, Chuol recalls the difficulties he faced in adapting to this new reality: He was a young boy of 8 that had been thrust into a new town, living with strangers and attending school for the first time with children he had never met. Despite the initial hardships, Chuol was able to embrace the experience due to his thirst for knowledge. He would wake up at 4am and eagerly embark on the 4-hour journey to school thinking about the day’s lessons. Education became an escape that helped Chuol overcome the nostalgia from not being able to see his family and being bullied at school due to his different tribal origins. Throughout this experience, there were moments when his longing for home swept over him and on several occasions found himself on the brink of leaving everything and going back. What stopped him was the knowledge that he would be disappointing his family, jeopardizing his future and that he would have to work in the fields instead of learning about physics, history, and all the other incredible subjects that Chuol had learned to love.

2013 was another major turning point in Chuol’s life. This was the year that the civil war hit its peak in South Sudan and he had to return to his village to re-unite with his family before they all fled to Gambella, in western Ethiopia. Chuol and his family found shelter in a refugee camp and spent the first few weeks all together in a small tent. This brought him to another turning point: He could either stay in the camp with his family or move to the next town by himself and attend school there. He chose the latter, and at only 12 years old found himself on his own for the second time.

Chuol proudly recalls how he immersed himself in his studies and quickly became the top student in his class. His academic performance allowed him to take part in the EEF scholarship programme selection process. He studied day and night and spent any free time he had devouring books. Chuol recounted a story in which he would sneak into the social worker’s tent to study when there was no light in the rest of the camp as they had a back-up generator.

When he was chosen for the EEF Scholarship, he moved to Addis Ababa, in Ethiopia, and as a result had to learn a new language (Amharic) and adapt to a completely new culture and way of life. In describing this experience, Chuol mentioned that he initially felt confused and scared by his new surroundings, but after a few weeks overcame his fears and embraced the opportunity given to him.

He wanted to understand the vastly different culture, language, and customs and in the process fell in love with the city. After only a few months, thanks to the help of his fellow EEF students, he was able to have a good grasp of Amharic and communicate with everyone. As part of the scholarship, he also joined a prestigious private school and says that he learnt more in one year than he would have ever dreamed of from his tent in the refugee camp. He also took this opportunity to interact with the EEF managers in order to broaden his horizons and learn about their home countries. Over the four years on the programme, he spent many evenings discussing diverse issues such as European politics, women’s rights and economic development in Africa. Chuol also demonstrated a breadth of knowledge and intellectual curiosity on subjects that are considered taboo in Ethiopia such as LGBTQ rights.

Chuol has clearly shown that he is a deeply curious individual and a global citizen despite not having had the chance to travel outside of South Sudan and Ethiopia. The opportunity to join a globally renowned international university such as NYU Abu Dhabi will further take him down this road and allow him to become a global citizen through experiences and not just intellect.

My time with the Ethiopian Education Foundation has been a life-changing... read more

Fekadu Habtamu was one of our first ever students. This was his... read more

This week we were blown away when our friend and supporter... read more 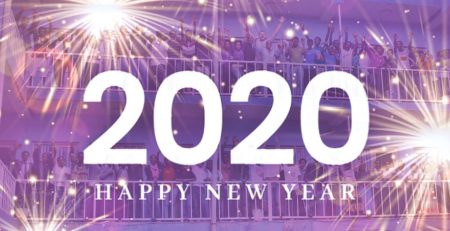 The last twelve months have been amazing for us. We have... read more 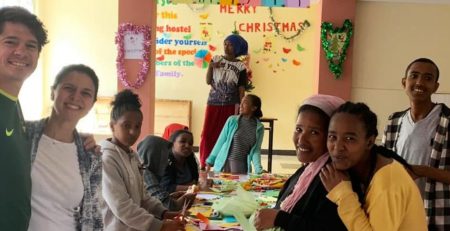 We are shamelessly extending the Christmas season this year as it... read more

Asresach is one of the most remarkable and inspiring young women... read more

I volunteered for EEF with my friend and colleague from a... read more

It’s an amazing feeling when you can experience an incredible success... read more

Ephrem (our first EEF student and the inspiration of our programme)... read more

Any cookies that may not be particularly necessary for the website to function and is used specifically to collect user personal data via analytics, ads, other embedded contents are termed as non-necessary cookies. It is mandatory to procure user consent prior to running these cookies on your website.